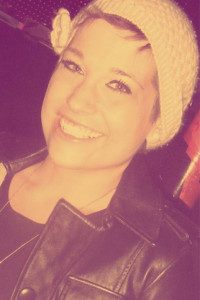 Just over 3 years on from my original survivor story to The Sunflower Fund, I have yet another story to tell. After having my stem cell transplant on the 2nd December 2010, and being declared in remission end of February 2011, I relapsed 6 months later with Acute Myeloid Leukaemia (AML) with Monosomy 7. I knew it had happened, I could feel my body was not ‘feeling’ right. At the start of the relapse In August 2011, I had 96% donor cells left instead of a 100%. This was very worrying as my blood counts were dropping fast. At this stage I was on heavy Cortisone to try stabilize my blood counts while trying to get lymphocytes (white cells) from my donor in Germany. This is considered a ‘top’ up and could prevent further relapse.  Unfortunately we could not get hold of the donor. We did a bone marrow biopsy nearly every month for 4 months, on the last biopsy it was decided I needed another transplant. I had less than 50% donor cells left and the leukaemia cells went up.

By April 2012, we were so fortunate to have found another donor in Germany -a female slightly younger than myself (I was 23 then). By this time I had less than 10% donor cells left and a high blast count. I first had to go for two induction chemotherapy sessions at Little Company of Mary. Each session consists of 11 bags of chemo (3 different types) in 7 days, with the one running 24/7. You are kept in isolation for 4-6 weeks each time. I had a few complications the first time, where my platelets were so low I was bleeding internally and there was a national shortage of platelets. Thankfully friends and family stepped in and we had a schedule of who donates for me on what day! I had a 3 week break, and my second chemo session went underway.

By September 2012 I was strong enough for my second bone marrow/stem cell transplant at Constantia Medi-Clinic in Cape Town. I thought the first one was rough… oh my. I was in isolation for 5 weeks and was very ill. By this time my body had so much chemotherapy, it was struggling. I was given a slim chance of surviving.

Today, January 2014, two unrelated stem cell transplants, a lot of chemotherapy and 14 bone marrow biopsies later, I am alive and doing fantastic! My hair re-growth is not normal, due to permanent damage from all the treatment, but my heart is beating.

I will acquaint you with a little twist to my story. Remember in my first post I mentioned that starting University was postponed to 2012? When I relapsed, I just got accepted to the University of Pretoria and my doctor said I would not be able to go to University as I will be in hospital a lot, well that didn’t stop me. I continued with University, missing over 16 weeks of class, with my central line and all, took my books into hospital with me, wrote a final exam a week after returning from Cape Town and finished off with 5/9 distinctions and passing the others very well. I am now going to 3rd year, and I am on perfect track with my fellow classmates to graduate in 2015. As they say, where there is a will, there is a way!

I would like to take this opportunity to thank everybody who has supported me. My friends, family, lecturers, The Sunflower Fund, The Niki Duarte Project, and of course my doctors! But the most important person on my list to thank, is my 2nd donor in Germany. Between you and I, we proved a miracle exists. By becoming a stem cell donor, you too can be part of a miracle. 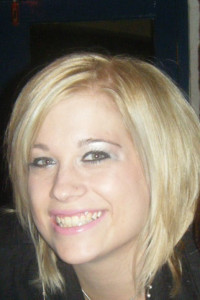 Is there a real age for cancer? I thought it was something you mostly get when you old.  Well, 4 months before my 21st birthday and while on my gap year in England, my whole life was turned around. On the 24 March 2010 I was diagnosed with MDS monosomy 7, stage 3/4. It is a bone marrow cancer, also known as pre-leukaemia which is most commonly found in the elderly. I am noted as the youngest in South Africa with MDS.

I returned home 4 days after my diagnosis, leaving the rest of my fabulous gap year behind. This was so unreal, not only did we get a second opinion, we got four. I was told by numerous doctors that chemotherapy would make no difference to my condition and my only chance of survival was to have a bone marrow/stem cell transplant.

The side effects made me consider if I should take a chance and play some Russian roulette with my life. The thought of becoming infertile was and still is unbearable. Once again, I hope for another miracle.

The big donor search began shortly after I came back. My only sibling was not a match nor was any other family member. Sadly no local matches were found either. Finally after many fundraisers and disappointments, my life saver was finally found in Germany.

We took the long drive from Pretoria to Cape Town (I was not fit to fly) to meet with Prof Jacobs at Constantia Berg Medi-Clinic. After another long drive 2 weeks later, we arrived in Cape Town for the big “thing”.

I finally had my transplant in December 2010. It was one hell of a test for me. I was so sick from the strong chemo, not being able to eat, having a feeding tube etc. Shortly after my transplant this all cleared as my new cells made themselves at home in my body.

After a 3 ½ week stay in isolation (with the help of the most amazing staff members – my angels) the big “thing” was over.

I am currently still in recovery and will hopefully be returning to Pretoria soon. I am getting stronger everyday and have had no major complications thus far.

A special thank you to The Sunflower Fund, in particular Lizelle – for your great support and comfort. I take an official pledge to devote any chance I get, to help increase the bone marrow registry. Also a big thank you to the wonderful staff members at Constantia Berg Medi-Clinic. Most importantly, thank you Prof Jacobs for guiding me through this and holding my hand every step of the way. I wish you a happy retirement, you sure have left a legacy!

My trip to University has been postponed to next year, but I look forward to doing some short courses this year and being grateful everyday for being alive.

I also look forward to getting involved with The Sunflower Fund in creating awareness. I want every High school to get a talk of how important it is to become a donor. The financial implications of having to resort to an international donor, is major. I am thankful we had great friends to help raise funds.

There is a big miss-conception of the process of being a donor. It does NOT involve any big needles that go into your bones, at any time! That includes getting registered, further compatible testing and the harvesting process itself – (The big needles are left for us brave patients.) I did a stem cell harvest myself as a back-up, and let me tell you, it’s such a painless procedure. To think that it can save lives is incredible! The worst of it is… you getting bored sitting there while the harvest takes place. Having a migraine is worse than donating stem cells. Please spread this very important detail to everybody you know! Together, we can save each other.