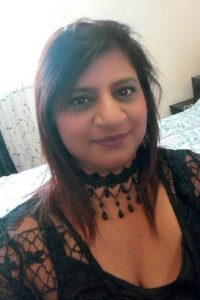 When ordinary people do extraordinary things the results are amazing.

One such story is that of Merle Govender, a 40-year old policewoman from Durban, who eagerly seized her opportunity to do something remarkable with arms wide open.

In 2005, Merle suddenly lost her mother to cervical cancer. Two years later, it was the memory of her mother that prompted Merle to register as a donor at The Sunflower Fund during a drive.

“I thought about her and how much I wished there was someone who could have saved her life. If it meant I could help save someone else, then I wanted to register to become a donor, and so I did,”said Merle.

Seven years later, she was called as a possible match and after a series of blood tests she was chosen as the closest match at 99%.

“This person’s life depended on me. I knew that I wanted to be part of something as huge and miraculous as potentially saving a life.”

Two weeks later, nervous and excited, Merle and her partner headed off to Cape Town where, for three days at Constantiaberg Hospital, she was administered a series of Neupogen injections to stimulate the production and release of stem cells into the blood stream.

Six hours later, during a comfortable, pain-free process, doctors had harvested enough stem cells and the donation process was complete.

Merle’s part was over, but for the patient it was the start of a new hope at life.

“The entire experience was so memorable.  I could never explain the feeling of being a part of something so tremendous.”  Merle urges others to become donors too. “Go for it – don’t wait. The longer you wait, the more time is lost. For a family who could lose someone they love, having just one more day with them will leave a lifetime of glory.”