World Marrow Donor Day is celebrated globally to thank all 37 million people registered as potential donors across the world. There is still a need for more donors as 40% of patients do not find a matching donor in the global database. This WMDD we are joining with other donor centres across the world asking everyone who is able to, to register online as part of the WMDD Virtual Global Donor Drive.

Annually, about 20,000 patients worldwide receive blood stem cells from an unrelated matching donor somewhere in the world. Unfortunately, a potential match is not found for every patient – but you can help!

Azile just turned 6 years of age on 5 September. A time that is meant to be joyous and filled with the wonder of discovery, has been clouded by the angst of fighting a blood cancer that is threatening her young life.

Azile just turned 6 years of age on 5 September. A time that is meant to be joyous and filled with the wonder of discovery, has been clouded by the angst of fighting a blood cancer that is threatening her young life.

Azile is described by her family as a young girl who loved attending school and never gave her mom any trouble with getting ready in the mornings. In 2019, she started having pain in her joints and losing weight. Her parents’ at first took her to a general practitioner who then referred them to a specialist. It was there where they learnt that their only daughter was diagnosed with Lymphoblastic Leukaemia.

“This was something that was very foreign to us, as we never believed that children could suffer from cancer,” said her mom Busiswa.  “The whole family was shattered by the diagnosis,” added Busiswa. “We have to be strong and supportive to our daughter,” she continued.

Imagine that you are 10 years old, fighting a rare, life-threatening blood disorder. You need a bone marrow transplant to survive. 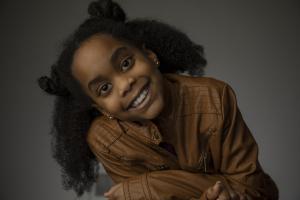 Imagine that you are 10 years old, fighting a rare, life-threatening blood disorder. You need a bone marrow transplant to survive. You’re in and out of the hospital and having tests done all the time. There are so many numbers that are confusing and scary.

That’s a reality for Emma. And she is asking for help.“The power of a blood stem cell transplant can save a life. The power of love is your choice to step up and help kids like me.”

Ten-year-old, Emma daydreams about going back to school, playing soccer with her friends, and - surprisingly for such a young child - simply not being tired all the time. Diagnosed with Aplastic Anemia (AA) in early 2019, Emma has been forced to give up her usual activities and routines, confronted by the reality that even sitting and reading a book can become an exhausting activity.

With their lives currently a blur of hospital visits and blood transfusions, Emma’s doctors have told her family that the only cure for her disease is to receive a stem cell transplant from a matching donor. Though the search began with great hope, now over a year later Emma is still unable to find the match she needs to have a second chance at life. Could you be the difference?

My name is Eliza and I am 26 yo. Together with my husband Marcin and our daughter Zosia we live in Pionki. 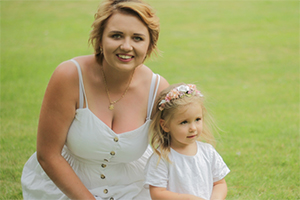 My name is Eliza and I am 26 yo. Together with my husband Marcin and our daughter Zosia we live in Pionki – a town in central Poland. This is my story.

On a beautiful day in May 2018 I got married to my husband. Unfortunately, less than a month later, a diagnosis was made – Hodgkin's lymphoma.

It was a huge shock to me. Since than my life has changed a lot. I have to visit hospital regularly for check-ups and I learned that I need a marrow transplant from an unrelated person.

My family is my great support and gives me strength to fight. Between visits to the hospital I fulfill myself as the mother of beautiful Zosia, around whom all my life revolves. I spend my free time going to the swimming pool and riding my bike. My passion is baking cakes. My biggest dream is to live in a house with a garden, show my daughter places that I have not yet visited myself and pass on the knowledge that I have. However, at the moment, the priorities have changed. Now I know that the most important thing is health and life of myself and my family.

The diagnosis took me out of my daily routine, suddenly the hospital became my second home. I want to live for my husband and my daughter. Seeing her growing up, going to school, helping her with her lessons… such simple activities, but so important to me now. Therefore, I am appealing, if you are not indifferent, please help me overcome this disease. Register as a potential bone marrow donor, give me and other patients a new life!

Three-year-old Praise is a bubbly, chatty child; she loves books and reading stories, observing people and learning about life around her. 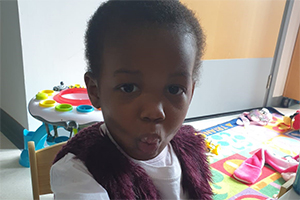 Three-year-old Praise is a bubbly, chatty child; she loves books and reading stories, observing people and learning about life around her. Praise is very creative and likes to draw pictures, make and build things.

Sadly, not long after her birth she was diagnosed with an inherited auto immune condition called Chronic Granulomatous Disorder (CGD), that occurs when the white blood cells (which usually helps the body fight infections) are compromised. Having explored a number of treatment plans, a blood stem cell transplant is the best option in order to Praise help beat this. Sadly none of Praise’s family are a match and currently there is no match anywhere in the world. Praise and her family have not been without loss from the disease. Tragically, Praise’s elder sister, Valerie, passed away in April 2020, a couple of months shy of her ninth birthday.

The search for a donor is made even more challenging due to Praise’s ethnicity as she is Nigerian. Patients from Black, Asian or other minority backgrounds have only a 20% chance of finding the best possible stem cell donor match.

Praise’s family are encouraging everyone but people particularly from similar backgrounds to take the first step and register as a potential lifesaver . Not only could you help Praise, but other people across the world who are looking for their blood stem cell match too.

Veer is a happy, adventurous 3-year-old from UK. The naughty kid is full of energy and loves running around the house. But right now, he is running out of time. 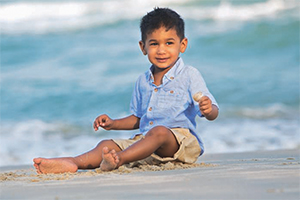 VEER IS WAITING FOR HIS LIFESAVING MATCH TO BE FOUND!

Veer is a happy, adventurous 3-year-old from UK. The naughty kid is full of energy and loves running around the house. But right now, he is running out of time.

Earlier this year, Veer was diagnosed with Fanconi’s Anaemia and a blood stem cell donation is his only hope of survival. His parents Nirav and Kirpa have done everything in their powers to get him a matching donor, but to no avail. Even his own 5-year-old sister Suhani was not a match.

So now, they are searching for an unrelated donor. You can be the one who brings the happiness back into the family.

The cheeky and bubbly three-year-old ‘Veer’ was diagnosed with this rare disorder which results in a decreased production of all types of blood cells. “Veer is one of the very few individuals to have inherited Fanconi’s Anaemia. In December 2018, he felt lethargic and his energy levels dropped which was attributed to low platelets in his body at that time. While his energy came back to normal soon after that, just by chance he was diagnosed with this rather serious genetic condition in August 2019. It came as an utter shock to us when the doctors advised that he is likely to need a stem cell transplant to survive”, recalled Veer’s father, Nirav Gudhka.

While Veer’s family (parents and sister) have been tested for a match (as family bears a fair possibility to have matching stem cells) but unfortunately, they were not found to be a match. The family has been trying to get a matching donor since then, but so far have been unsuccessful. This is because Indians are severely underrepresented in the global stem cell registries.  Hence, the family has decided to campaign for their son and encourage more people from Asian ethnicity to register as potential blood stem cell donors.

Speaking of the impact Veer’s illness has had on his family, Nirav added, “Veer’s elder sister Suhani is five and knows that Veer needs ‘new blood’. Veer himself has been a real soldier through his numerous blood tests and other procedures. The level of awareness amongst people is obviously very low considering the statistics we are seeing today particularly within Asian communities. We are trying our best to increase awareness, to help not only Veer, but countless other people from all backgrounds.

World Marrow Donor Day (WMDD) is celebrated globally on the third Saturday of September. A unique day to thank all 37 million volunteer donors across the world, who have signed up to potentially donate marrow or blood stem cells for patients in need of a transplant. WMDD also gives the opportunity to patients and donors to explain the impact of blood stem cell transplantation on their lives as well as spreading awareness.

World Marrow Donor Day was initiated in 2015 and has since then grown into a worldwide celebration involving donor centres, registries, transplant centres, patient initiatives, patients and donors and the general public.